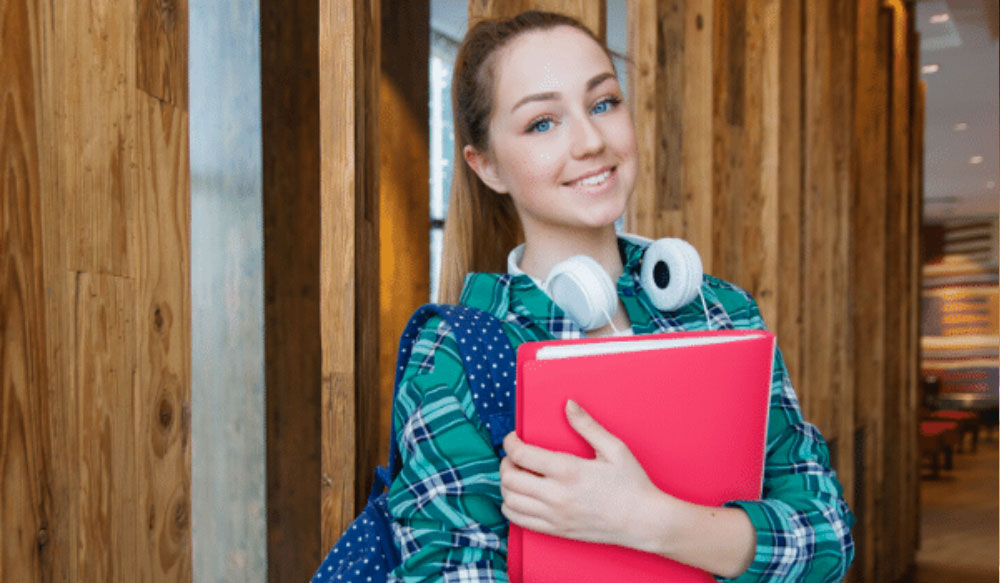 In theatre, as in life, we don't always get to be in the spotlight. Good thing there are plenty of important roles to be played–and skills to be applied–behind the scenes!

Theatre teachers know this dilemma well: You’ve chosen your show. It’s edgy, exciting, and presents a good challenge for your students. But, come audition day, you realize that there’s no role for one of your star actors.

It’s a tricky situation, but ultimately a great learning opportunity—especially if the actor in question has dreams of working professionally in the business. The first thing to do is recognize that there will be hurt feelings, even if the student puts on a brave face.

Part of the job of preparing a young person for the wider world is supporting them in learning to work through disappointment. And just because they won’t be featured onstage this time, that doesn’t mean there’s no place for them in the production!

It takes a whole team of key players to bring a successful show to life. Here are five important, non-performance roles you can assign to let your student take on new responsibilities, contribute meaningfully to your production, and have a whole lot of fun.

Assistant Directing is a challenging and rewarding experience if you allow the student AD to take ownership of a few small scenes. With your guidance, they can block, decide on the beats and overall arc, and eventually give the actors notes on their work. It’s a great way for a student to learn from watching other actors, as well as to see the show from a holistic, outside perspective.

Beware of confusing your student AD for a glorified Stage Manager. The two positions serve vastly different purposes. Speaking of which....

The Student with the Color-coordinated Planner

The Stage Manager essentially acts as a highly detail-oriented, list-keeping, project-managing sidekick to the Director. This student will write down all blocking and cue notes, keep track of other important decisions made during early rehearsals, and can function as the Director’s voice when communicating with other departments—think costume and set—relaying information to the people who might not be at every meeting.

Other responsibilities can include: scheduling or running rehearsals, managing props, calling cues during the performances, and even running the crew in charge of lighting and other technical aspects of the show.

Not communicating your wishes clearly. A good Stage Manager can be an indispensable support to you, the Director, by taking on many of the responsibilities that you would otherwise have to own yourself; but, if you don’t tell them exactly what you need, as well as when and how you need it, you could end up much worse off than if you didn't have help.

The Student with a Great Eye for Visual Detail

If your show features detailed costume design or is chock-full of wardrobe quick changes, you might really benefit from handing some responsibility over to a highly organized and efficient student Wardrobe Master. Instead of learning lines, your student will memorize costume tracks so they can coordinate quick changes backstage and make sure each piece is accounted for before and after the show.

In some cases—especially in a school setting where your costume selection comes from a storage closet full of stock pieces—you can even allow your student to design or put together the costumes themselves. Wardrobe Mastery is a fantastic way to let your student take ownership of a creative aspect of your production that might otherwise be outside their comfort zone.

Assigning responsibility without putting a system into place. Remember, you’re used to multi-tasking and thinking ten steps ahead to make sure nothing gets misplaced. It’s your job as a teacher and as an adult. Your students are still learning these skills (as you probably know from experience)!

A student who’s less available during rehearsals but still up for a challenge might really excel at house management. This role requires your student to multi-task to an extreme and think on their feet, as it's the House Manager’s responsibility to prevent bottlenecking in the lobby and decide how long to hold the show if patrons are late. They serve as a bridge between the audience and their experience of the production, so it’s valuable for an actor to learn this process.

If your student is well organized and highly responsible you can give them ownership of everything from training and managing ushers and managing at-the-door ticket sales, to checking in patrons and even selling concessions. On The Stage makes this easy by allowing anyone with Producer-level account access to assign Box Office Manager permissions to another user. This allows your student access to the Walk Up App and Live Check In List tools, which can be used on any hand-held device.*

Your student house manager will be given a ton of responsibility, so make sure it’s a student you know will rise to the challenge.

* Learn more about assigning roles and permissions in On The Stage in our FAQ.

The Publicist's (or Publicity Manager’s) job is to create a buzz, engage your audience, and make sure every performance is sold out. No big deal, right?

Let's face it, this student is probably miles ahead of you in social media savvy, anyway. Instead of nagging them to put down the smartphone, harness that skillset for good and let them take on the brave new world of social media marketing.

With your supervision, your student can create Instagram and Facebook accounts for the department (if you don’t have these already), publish posts to promote the show, shoot behind-the-scenes video or produce a teaser trailer, and coordinate efforts with the rest of the cast and crew to sell as many tickets as possible. Or, check out this resource guide for even more fun, student-friendly marketing ideas.

It can be easy to lose track of remote staff like the Publicity Manager, especially while you’re busy directing a play. Be sure to keep a close eye on what’s being published and don’t let any marketing or PR run without your sign-off.

Offstage experience is a resume builder

Most college-level performance tracks require students to take on production roles in addition to their work onstage. Even if their ultimate goal is to be an actor, when you give your high school (or even middle school) students the chance to gain experience and develop skills on the technical side of a production, you're giving them a leg up.

How To Secure New Equipment for Your Theatre Department