Theatre on a Shoestring: The #1 Secret to a Great, Low-Budget Show 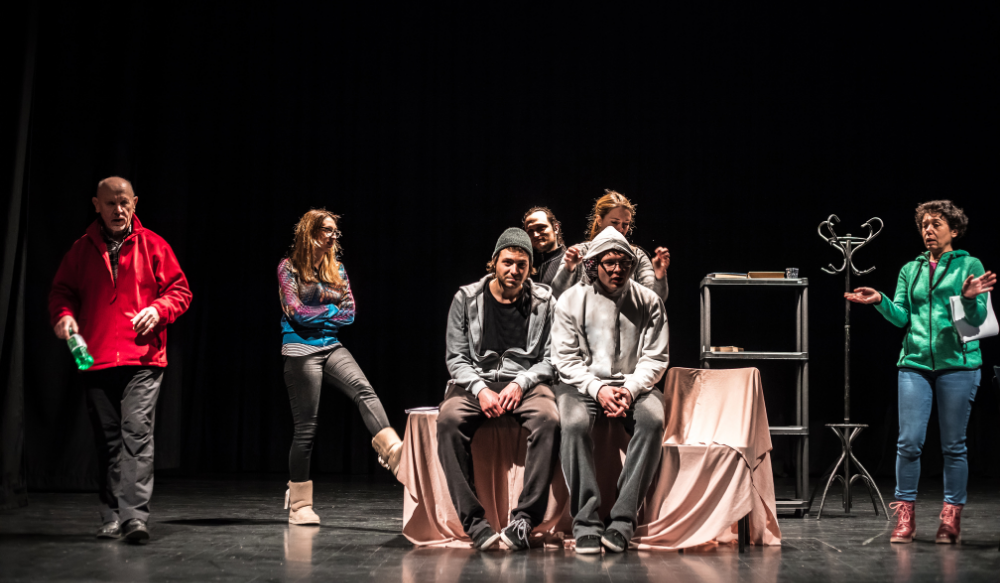 Ask any theatre maker whether they'd rather start work on a show with unlimited resources or knowing they'll have to pinch pennies, and I think we all know what the answer is likely to be. Of course we want the freedom to lead with artistic vision instead of creative problem solving. But that isn't always how production works.

Fortunately, the quality of your production is not directly proportionate to the size of your budget! In fact, there is a tried and true solution to making great theatre at any price point...and it is entirely within your control!

The secret to producing a high-quality show on a limited budget is choosing the right material. You've got the talent and the creativity in spades. What you need is a well-written script that leaves plenty of room for interpretation, a crowd pleaser that will max out ticket sales without maxing out your credit card.

Start with the right Script

Whether you're looking for a comedy, a drama, a classic work, or something edgy and contemporary, stick to the following guidelines when programming on a tight budget:

It costs less to produce a play than a musical

This is due to added costs, such as:

plan for a full house

Choose a show that has proven to be a crowd pleaser, is appropriate for all age groups, and is well enough known that your community will be excited to buy their tickets.

As a director, I've sometimes had to table my excitement to work on a challenging or edgy show in favor of something I knew would sell out the house and gain community support for the program.

3. Stick with a smaller cast

This will limit your costs in a number of ways.

Or, get strategic about large casts

Choose a show that can draw performers from different schools or age groups to increase your ticket sales.

Program in the public domain

By selecting material that is no longer the property of any publisher, you can avoid paying royalties and will have total freedom with your artwork and merchandise choices.

Keep in mind that classic shows like those of Shakespeare can be interpreted with modern concepts, too, and performed in very diverse and simple spaces. A show like Sheridan’s School for Scandal, for example, might be a perfect for addressing topics pertinent to your students (gossip!), presented in hilarious comedy with recognizable stereotypes, and easy to update and perform cheaply.

Scripts often include suggestions for all manner of expensive design pieces: turntables, multi-room sets with walls, expensive furniture, etc. That doesn’t mean you have to follow those dictates! Think about the minimum you need to execute the show and where should you spend the most money to get the most cluck for your buck.

Perform in the round or on a thrust stage

These types of staging eliminate the need for scenery almost entirely, which can significantly reduce costs. Plus the audience loves being close to the actors.

I once directed a high school production of Curious Incident of the Dog in the Night-time with a set comprised of 11 sturdy wooden boxes configured and reconfigured to create a bed, a desk, a subway car, a retail counter, chairs, and more. There was no way I could have afforded to recreate the professional staging, which included exceptional lighting design that lit up the floors and walls. So, we worked with movement and choreography to create the spaces, instead. The audience was entranced with how students used their bodies to move the story, the setting, and even the other actors along.

If actors can wear their own clothes or procure what they need cheaply at second-hand stores, you can save yourself the cost of renting or building costumes. For example, my colleagues and I directed a modern edit of Romeo and Juliet that combined dance, music, and parts of the script, costuming the actors in contemporary, neutral pieces that they could move in, adding a period belt or vest or hat to establish the time period.

Probably the most important element to creating a high quality, low budget show is creating a unified concept that justifies the choices you make that make the show inexpensive.

o Do the themes of the show have current applications that support your concept? For example, classic themes like those in Romeo and Juliet can easily be interpreted in any era, including costume designs, alternative casting, use of music, and modern/neutral settings. Richard Brinsley Sheridan’s hilarious School for Scandal is another show that lends itself quite naturally to modernizing, as it takes a fun look at gossip, which is always a pertinent issue!

· The concept should be unified.

o Whatever your concept is, it needs to be evenly applied to all aspects of the show, not just to costuming or just to set design.

· The concept should not be random!

o Unless your goal is to do something blatantly campy/silly, your concept should not be random. For example, setting Romeo and Juliet in a western cowboy theme might be a bit of a stretch

Promotion, ticketing, box office management, and financial reporting are all key to the success and sustainability of any theatre operations. They can also take up A LOT of time and energy, which costs money whether you're talking about staff hours, software costs, or some combination of the two.

And if you're producing for virtual performance or streaming a traditionally-staged show to a remote audience, you'll have to factor in digital production and editing costs, hosting, and a secure streaming service.

On The Stage combines tooIs and support for all these vital functions and more into a one easy-to-use platform. And the best part is that it won't cost your organization a thing unless you choose to absorb the standard fees that are usually passed on to the patron at the box office!

REmember what matters most

No matter how much or little you've spent on your production, how traditional or innovative your ideas, when the curtain goes up it's always the performances that make or break a show. Strong direction and inspired acting are all that are truly required to put on a great show.

Fancy costumes, lighting, and sets might evoke oohs and ahhs from your audience, but what they really want when they come to the theatre is to be moved—to laughter, to tears, by familiar stories and topics that expand their understanding of humanity and the world in which we live.

My most successful shows, from an audience and performers’ perspective alike, have been low budget and high impact. Invite your audience to experience something new and different, something provocative and contemporary, something with a unified and well-executed vision. If you do, chances are they will leave fulfilled, without a single thought about the size of your budget.

Ready to learn more? talk to an On The Stage expert today.