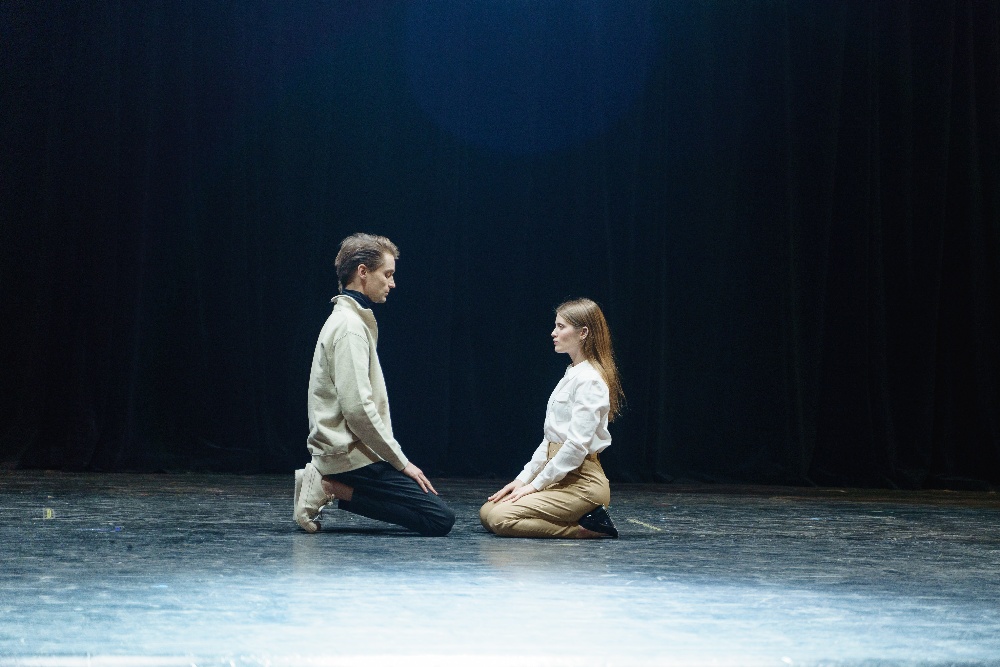 Before the weather gets too sweltering, consider an outdoor performance for your cast and crew. Below are a variety of suggestions that lend themselves to a showcase in the great outdoors, courtesy of On The Stage’s partners.

Synopsis: In the wild-west outpost of Deadwood City, 1876, sharpshooting tomboy Calamity Jane carouses with cowboys, townsfolk, and her arch rival, the famous Wild Bill Hickok. After a mix-up in the talent pool at Deadwood's saloon/theater, Calam goes to Chicago to fetch the glamorous actress Adelaid Adams, but she returns instead with Adelaid's maid, Katie Brown. Katie turns out to be quite a performer herself, and she wins the heart of the young Lieutenant Danny Gilmartin. At the local ball, Calam briefly sheds her tomboy persona and discovers she's in love with Wild Bill Hickok.

Synopsis: In this madcap mash-up of Robin Hood and Little Red Riding Hood, Grandma may lose her cottage to a developer who wants to cut down Sherwood Forest—but not if her granddaughter, Robin Hood, has anything to say about it. With the help of Robin and her Merry Maidens—and a decidedly friendly Wolf—can Grandma find a way to save the forest and her cottage, and keep her money out of the hands of the Sheriff, Prince John and a conniving Bishop? Farcical plot reversals, slapstick chases, clever disguises, and a money bag that changes hands every other minute make this fast-moving comedy as much fun to perform as it is to watch.

Synopsis: Mowgli’s search for home takes the spotlight in this new imagining of Rudyard Kipling’s classic tale. In this living storybook, Mowgli struggles to fit in with the wolves, the monkeys, and even the humans on his journey to discover where he belongs. Along the way, he must contend with the mesmerizing Kaa and the terrifying Sheer Khan, but with the help of his friends Baloo and Bagheera, Mowgli’s search ends happily. Masks, puppets, and contemporary elements like a trip to the Starbucks in the cell-phone-obsessed city make this new adaptation of The Jungle Book a unique and delightful one.

Press: Four Stars. An entertaining family show, with enough clever jokes to keep the grownups on board. – Sacramento News and Review

Heuer Publishing presents: Gina and the Prince of Mintz

Synopsis: This family musical is a fairy tale of sorts with contemporary sensibilities, concerning a spirited young girl (Gina), a superlative baker of pies, who is determined to go out into the world “to make my way as I bake my pies and wake each day to a new surprise.” The story is framed by the zany exploits of a group of Traveling Players. Gina joins them and soon finds herself in the kingdom of Mintz, ruled by a handsome but grumpy Prince. Mintz is also a place where, “within the city limits, the law prohibits any negative utterance, any negative mumbling mutterance.” But Gina, having a mind of her own, dares an emphatic “NO!” when the Prince demands that she stay in Mintz and bake pies only for him. Delightful complications ensue, including the slaying of a giant green dragon with horrible breath, before Gina and the Traveling Players continue their bumpy but adventurous way to parts unknown.

Playwrights: Music by Richard Rodgers; Book and Lyrics by Oscar Hammerstein II; Original Choreography by Agnes de Mille; Based on the play Green Grow the Lilacs by Lynn Riggs

Synopsis: Rodgers and Hammerstein’s first collaboration remains, in many ways, their most innovative, setting the standards and rules of modern musical theatre. In a Western territory just after the turn of the 20th century, a high-spirited rivalry between local farmers and cowboys provides a colorful background for Curly, a charming cowboy, and Laurey, a feisty farm girl, to play out their love story. Their romantic journey, as bumpy as a surrey ride down a country road, contrasts with the comic exploits of brazen Ado Annie and hapless Will Parker in a musical adventure embracing hope, determination and the promise of a new land.

Press: “One of the landmarks of 20th century theatre...a defining event of American culture.” – Houston Chronicle

Synopsis: Audiences will delight at this modern-day adaptation of Lewis Carroll’s trip to Wonderland, in which the restless birthday girl chases after a very busy bunny and ends up in a bizarre world. Mark Landon Smith’s witty new adaptation brings Alice into the 21st century with sharp-edged humor as she traverses the land of the Cheshire Cat, the Mad Hatter, and the blustery Queen of Hearts.

Synopsis: A restless ghost. A scheming schoolmaster. An apprehensive heiress. And a teenage girl who thinks demons are delightful. Welcome to Sleepy Hollow, a delightfully spooky family musical. Tensions in the little village escalate when schoolmaster Ichabod Crane competes with a shy blacksmith to win the heart of a lovely young heiress. Meanwhile, rumors circulate that the local ghost, the Headless Horseman, is seeking his revenge. Nothing is as it seems in this fresh, funny adaptation of Washington Irving's classic American tale, The Legend of Sleepy Hollow.

Press: "We produced Sleepy Hollow at the Acorn Theater in Three Oaks, Michigan, and it was a crowd favorite. If you are looking for a show that is appropriate for all ages, try this one." - David Fink, Co-Owner, Acorn Theater

Synopsis: Captain Peach and his not-so-merry band of pirates sing as they roam a deserted island in search of Bluebeard’s still-hidden treasure chest. Captain Peach swears Bluebeard buried the treasure right over . . . right . . . left empty-handed, penniless pirates are not happy pirates, mutiny is close at hand! Until, Barbara and her not-so-eager castaways get stranded on the island with little, except for two lovely cameras, 37 rolls of film, a hand mirror, .30 in change, three sticks of gum, and Barbara’s old weather-beaten trunk. Aye! With treasure chests of jewels in their eyes, the clan of money-grubbin’ pirates think Barbara’s trunk is Bluebeard’s lost treasure, but before the pirates have a chance to steal the chest, two kleptomaniac natives dance off with Barbara’s trunk.

How to Create a Theatre Show Program