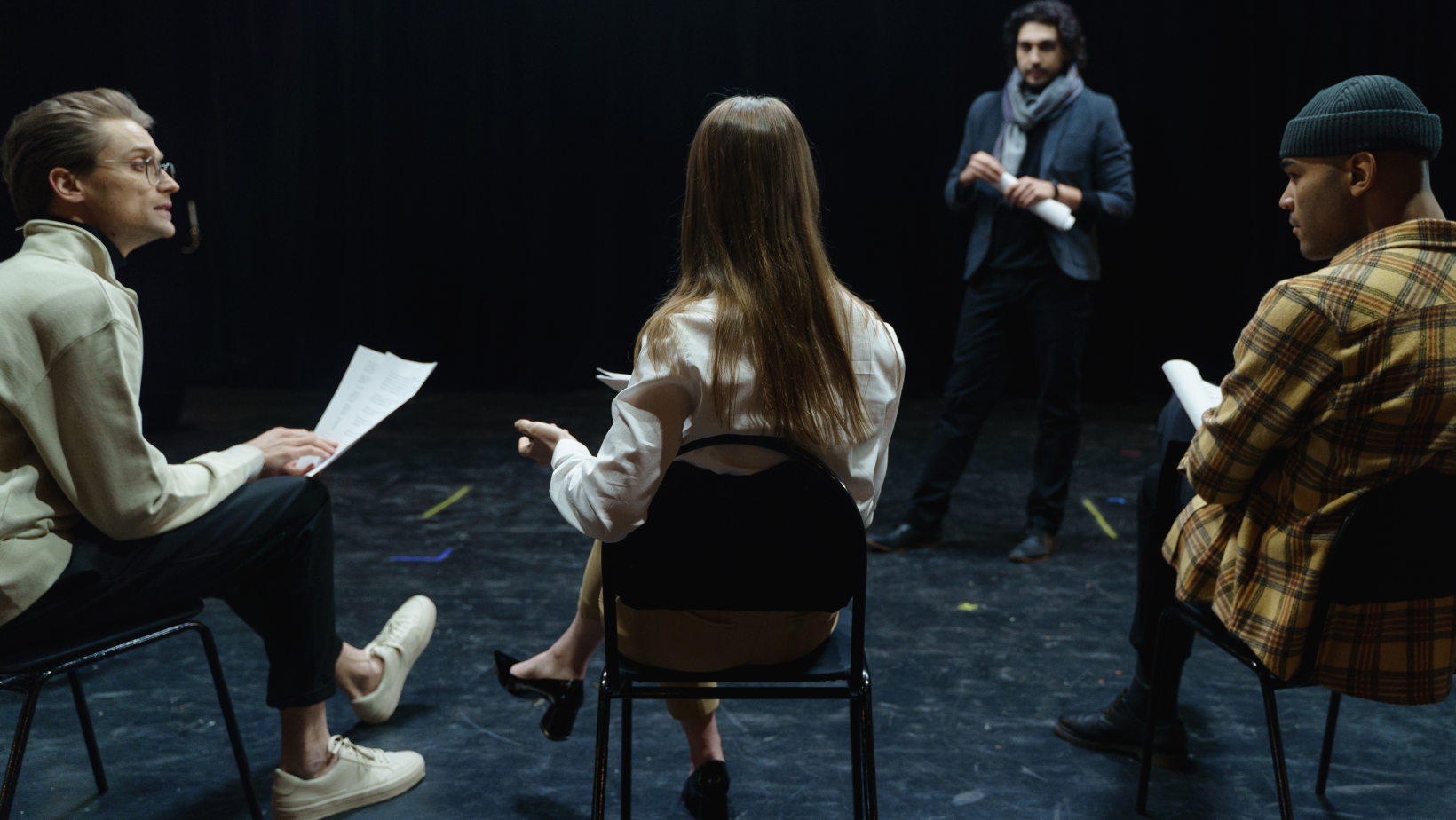 Great leaders in all sectors understand that a team is only as strong as its weakest member, and this applies to the arts too! Making it a goal to strengthen your cast – from your charismatic leads to your detail-oriented ensemble and dedicated background actors – will make for a better production, no doubt about it. On The Stage has put together some helpful tips to strengthen your cast from top to bottom, ensuring you provide best-in-class showcases to your loyal patrons.

Don’t be afraid to ask your actors to dig a bit deeper when it comes to understanding their characters. For leads, this may include doing research into the show itself, and who, if anyone, their characters are based upon. For background actors in your ensemble, allow them to have some fun with character work. They can create stories to drive them in their roles – adopting names, backstories, and important motivations that will lead to a more nuanced and motivated  performance. This can also be a great bonding activity as cast members present their character studies to the rest of the group.

Include Your Entire Cast in Every Rehearsal

An important part of any cohesive and dynamic show is that all cast members understand the full extent of the plot. Background actors will have a hard time coming up with their motivations and character studies if they aren’t there to witness all the scenes – whether they’re in them or not. Encourage your actors to watch rehearsals of scenes they aren’t in, whether they’re leads or ensemble. Encourage them to take notes, better understand the plot, and get excited as they watch the show come together.

Ensure Your Cast is Clicking, Not ‘Clique-ing’

No matter the situation, people work better together when they’re comfortable with each other and confident in their abilities. So, ensure your cast members are bonding as a group, not falling into cliques. Whether you deploy ice breaker tactics, organize outings outside rehearsal, or create diverse small groups for activities, it’s crucial to get all cast members to bond with each other.

Communicate Your Expectations and Notes Respectfully

Learning how to give and take constructive criticism is key to personal improvement in any aspect. A great way to strengthen a cast is to workshop solutions to issues and help your actors better their performances. As the leader of a production, it’s your job to clearly communicate your expectations for cast members from day one. Additionally, make sure your notes are actually helpful and not just negative. For every piece of criticism, have a solution – and a kind word – at the ready.

‘Self-care’ can sometimes be a confusing buzzword – but if it’s enacted correctly, it will surely strengthen your cast. If you’re in the midst of rigorous rehearsals, especially during ​​tech week – make it clear to your cast that bodily health and mental health should come before everything else. Ideas to calm the body and mind include group meditation or yoga, as well as drinking lots of water, eating healthy, staying off social media, and prioritizing sleep.

We know, we know – this one is easier said than done. But if your production is prop or set piece heavy, relies on elaborate costumes to tell portions of the story, or utilizes complex lighting and sound tech, planning ahead will not only help you, but help your cast. Get your actors and backstage crew familiar with the non-acting elements of your production as early as possible, even if it’s in small increments, so they know exactly what they’re doing come tech week. The last thing you want to do is introduce a variety of new elements a week before the show opens. A strong cast is a prepared cast, after all.

A sure-fire way to eliminate a fear of looking silly – and eliminate stage fright in general – is getting your cast into improv games at the beginning of rehearsals. A great way to loosen up, lighten the vibe, and get out that nervous energy, these games can be low-stakes with high reward for your entire cast.

A creative space is one that’s devoid of judgment and open to opportunity. Make sure your cast feels comfortable being creative in your rehearsals. Don’t discourage actors who take risks with scenes – even if it’s not exactly what you’re looking for. Alongside that, let your cast know that if they feel unwell, either mentally or physically, you are a safe person with whom they can speak.

Strengthening your cast can look like a lot of different things – from creating bonds to getting actors comfortable on stage to exploring characters in depth. If you’re looking for a little more help as the fall season gets underway, On The Stage has you covered. Book a personalized demo to help you on your journey to elevating your theatre.

Sold Out! Our Guide to Filling Your Auditorium