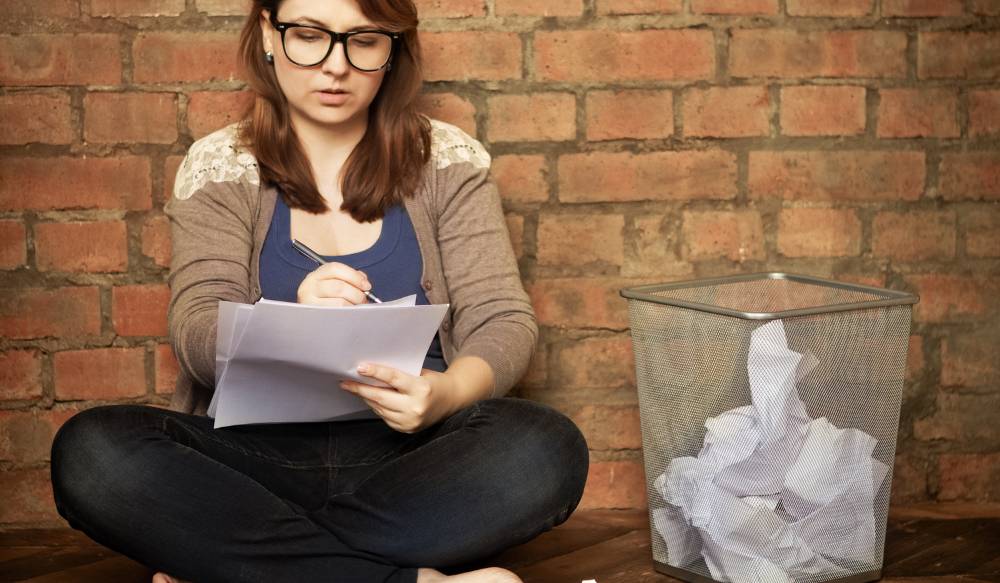 In part one of the Growing Young Theatre Makers series, we looked at ways that theatre educators can nurture the talent and curiosity of Student Directors. But what's a Director without a script?

In this installment we'll discuss best practices, curricular recommendations, and example exercises for working with students to develop another fundamental skillset for the creation of theatre: Student Playwrights.

It goes without saying that aspiring playwrights need to study plays;. In fact, this might be the single most important part of their training to write plays.

When working with a Student Playwright, provide them with a list of plays in a variety of styles, structures, lengths, and subject matter. It makes sense to start out with a focus on the classical Greek and Roman playwrights, as well as Shakespeare...but make sure you are inclusive with your assignments. Consider, for example:

It’s best to read and analyze these plays with your students, using the texts as teaching tools to examine the works and learn what's "good" and why.

For deeper context and technique, include David Ball’s Backwards and Forwards, A Technical Manual for Reading Plays, which is meant to be read in conjunction with Shakespeare’s Hamlet. This is a simple yet powerful primer for both readers and writers of plays and other scripts.

Unlike working with Student Directors, the independent study is not the ideal platform for working with aspiring Student Playwrights. This is because developing writers should have constant feedback and input from other writers, which comes from hearing their work read out loud.

The ideal setting is a small group of 5-7 dedicated and open-minded writers. Training the writers to both share and accept feedback is key to the success of this group.

Beginning writers should be given space and latitude with their ideas and assignments, encouraging freedom of thought and expression as they seek their authentic voice. There are many types of prompts and other practice formats to help structure the Student Playwright's experience. Choose those that suit your students best. Some examples include:

Encourage young playwrights to keep a collection of "seeds" that might be grown into pieces of writing. These seeds can be anything that inspires: a poem, music, song lyrics, a painting, a photograph, an exchange they’ve witnessed, a memory or experience from their life, a quote, something they overhear or observe – anything!

Encourage the students to constantly add to their treasure trove of seeds without worrying about when or how they’ll be used. At some point, ask the writers to choose a seed to develop into a few lines of dialogue or a descriptive paragraph, a short scene, or even a drawing or painting or piece of music they create.

Use one of the seeds, above, and grow it into the following exercise.

The six-line as a writing exercise is a short scene literally comprising six lines between two characters, with each character having three lines.

A line can be one word or five pages (though, less is more, of course, in the spirit of Show, Don’t Tell). It is the sum of the character’s thoughts as spoken in that one response.

Each six-line is based on a given topic, known as a negotiation. A negotiation is defined as the matter, issue, or problem between two people who each want a different result. This automatically leads to conflict, which is the essence of dramatic writing. It also leads to balanced writing because both characters have active stakes in the situation. In other words, each wants something and no character is passive. The characters will be actively engaged in a problem-solving situation rather than just saying words to each other.

The negotiation is what the characters use to talk through. What they may be saying in the text is, “I never met an oyster I could love,” while their subtext is “You know this is a food I detest, you ordered it for me anyway, and you did it in a public situation where I can’t really holler at you!”

The negotiation is the center of all theatrical writing because it allows the audience to draw conclusions from what the characters say and do rather than just watching them say it directly.

To illustrate, here are two sample dialogues using board games as the negotiation. The most basic ground rules are: utilize a simple negotiation, use two characters only, give both characters strong objectives, keep the scene to six lines, and make the scene active.

Include exercises focused on writing dialogue, stage directions, creating preliminary set designs and ground plans, structuring the arc of the piece, and so on. These tasks can be helpful in preparing writers to take the next step: writing a complete piece.

Writers should choose the form with which they’re most comfortable and write a complete piece. The completed draft will be read out loud in the writing group, then the writer can edit before group members get on their feet and perform the completed piece for the writer to see and hear. This might be the ultimate goal for beginning writers, a stepping-stone for a short (one-act) play.

With more advanced or confident writers, the ultimate goal should be a short, one-act play. Ideally, the playwright will hand the completed play off to one of the Student Directors and continue to play only an advisory role in the production of the piece.

In most cases, it's not a great idea to allow the playwright to do rewrites mid-production, especially as this can interfere with the work of the Student Director. Instead, encourage the writer to take good notes for future edits.

It's one thing to do exercises, but a student production provides is a great opportunity for real-world learning, as well as a chance to bring Student Playwrights and Student Directors together in collaboration on a shared project.

Here are some guidelines for success:

However you provide instruction and whatever the outcome of the Student Playwright's final project, the learning experience can be incredibly valuable—not only when it comes to college admissions scholarship or award applications, and other concrete goals, but more importantly, in the young theatre maker's growth as a creative problem solver and an artist.

How to Promote Your Online Performance in 3 Easy Steps

Pandemic Theatre: How to Program for Your Drama Department During COVID-19