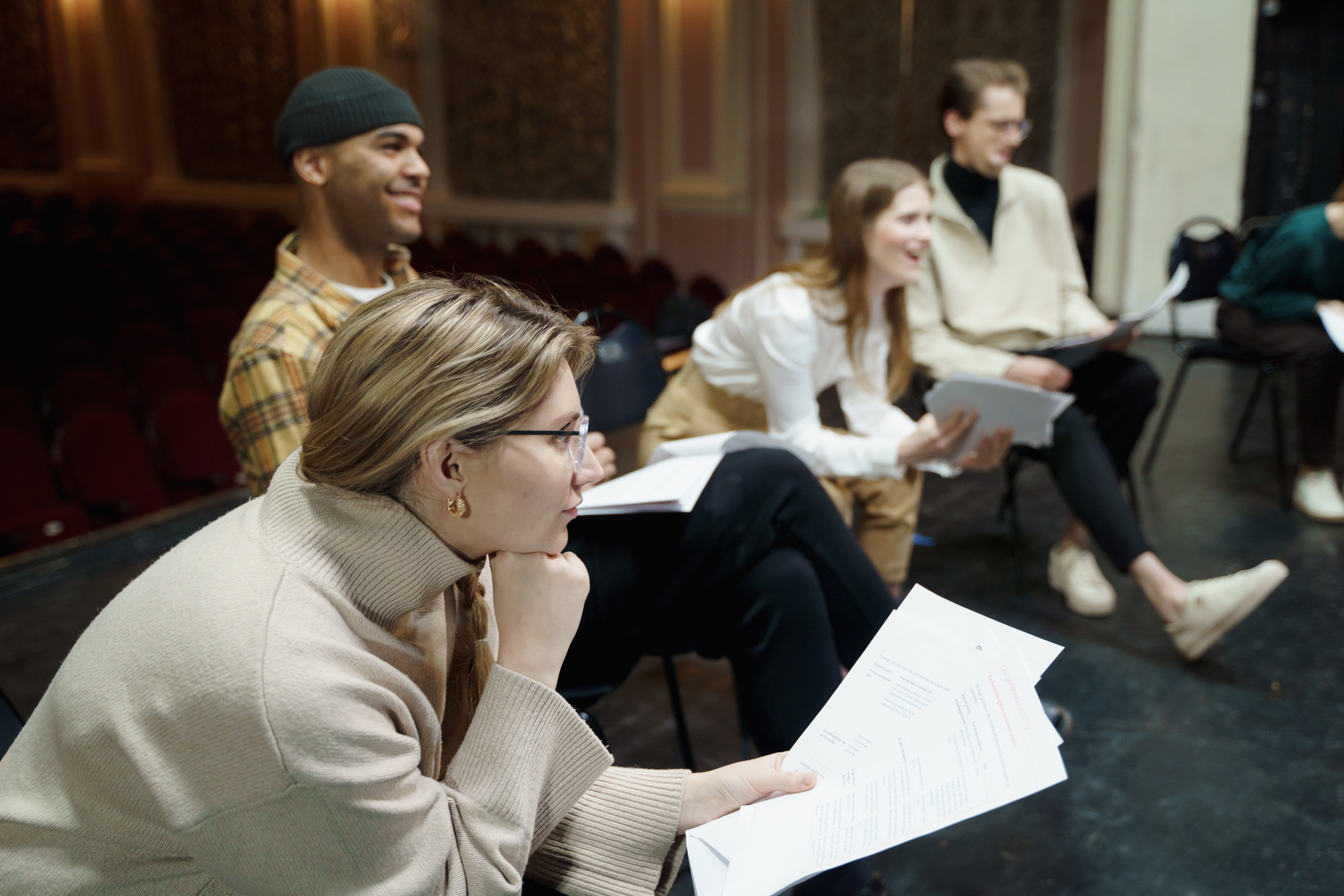 You did it! You’ve selected the play, held auditions, and cast your show, and now it’s time for the first read-through! Since it’s not the full performance, your students may find a read-through to be a bit dull, but it doesn’t have to be that way! We asked some theatre directors on how to make them fun, and here are four ways to improve read-throughs with your cast.

Food makes everything better. There are a few ways to incorporate food into the reading. The first is to schedule it at the top of your meeting, like 6:30-7:00 PM is the social hour with food, and the reading starts at 7:05. This can be provided entirely by the production, a pot-luck, or everyone brings their own food.

Another way is to use food as a world-building tool. What kind of food would be eaten in this play? Decide if the food will be provided, if it’s pot-luck, or BYOF. Discuss how food influences the world of the play and its characters. This may be easier in a later table work session after the first read-through.

For character analysis, assign your students a character presentation. “If your character were a food, they would be ____,” and see what everyone comes up with. Each student brings a dish they think best represents their character and describes what it is and why it represents them, which is a different discussion than what the character would eat. If food is too broad, you can narrow it down to “what kind of sandwich/dessert/appetizer would your character be?”

Your cast will be rehearsing and playing their parts for the next few weeks or even months. In an early read-through, put all roles in a hat and have the cast draw to read a part that is not theirs. This is a fun and unexpected method to get your students to engage in the text. They’ll get to hear their part, and this may help the actors make some discoveries as an observer before the play gets on its feet.

Lead a read-through where you encourage your student cast to make the biggest, boldest, most exaggerated choices they can think of for their character. This can be done if they’re reading their own part or someone else’s. See how many discoveries can be made from bigger choices and discuss them after the reading.

Incorporate the design presentations during the reading. When a new character is introduced, have the costume designer reveal and describe the costume design. When the play changes location, have the set designer introduce the scene change and explain the world of the set. Does your play have props that are integral to the plot? When they appear, have the props designer show an image or a prototype of said prop. Are you getting a special light or equipment for this production? Show it off when it shows up in the script. Do this as the reading goes on and your table read becomes a performance in itself!

Is this a famous or well-established play? Is it set in a particular time period? Was this play written during a pivotal point in the playwright’s life and career? If you have historical context or dramaturgical tidbits or fun facts to drop in as an aside to help explain a line or a scene, it will deepen the students’ understanding of the play. This can be especially helpful if you’re doing Shakespeare or plays where the text can get thick at times.

The first rehearsals have an energy and excitement about them because everything is new. Take advantage of this and encourage your students to document the process (being sure to lay ground rules about when/what is appropriate to document and share). Have them post on their own with the show hashtag or send their photos and footage to the marketing person for your production to build a narrative around the process and creation of the play.

We know that theatre teachers are busy and that your students are your priority. That’s why On the Stage developed an easy to use all-in-one software to help you promote your show, manage ticket sales, and raise money for your department. Let us do the heavy lifting with your admin tasks, so you can get back to what’s most important, educating your students. Book a demo with On the Stage today!

7 Tips For Building Ongoing Donor Relationships for Your Theatre