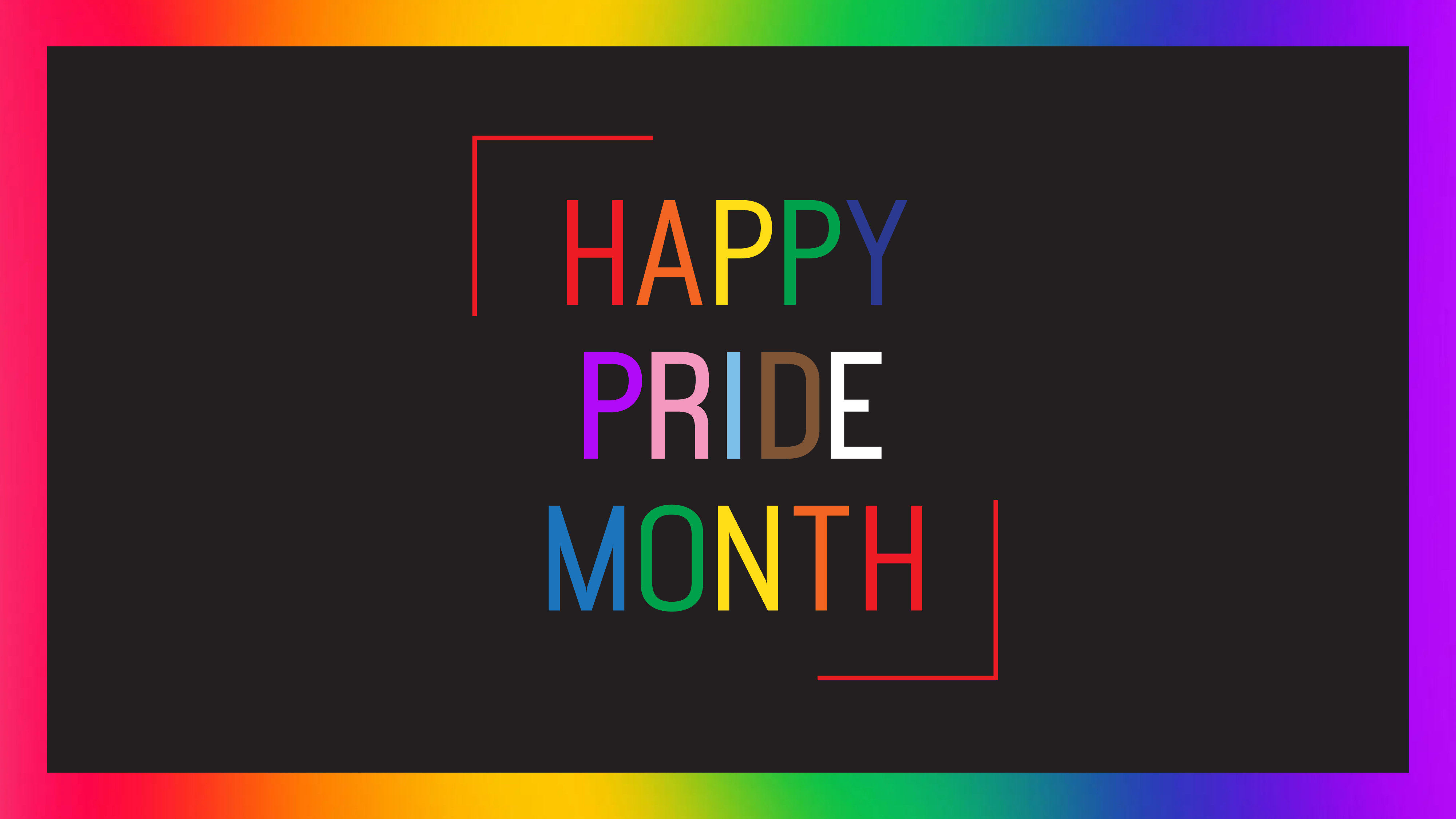 June is Pride Month, in which we celebrate the members of the LGBTQIA+ community through gatherings, commemorations, parades, ceremonies, performances, and so much more.

The theatre realm has long been known as a safe haven for those in the community to be their most authentic selves. To honor that and the LGBTQIA+ community at large, we’ve put together a list of ways you can celebrate Pride Month through theatre.

Many shows running in 2022 utilize characters within the LGBTQIA+ community, and discuss themes surrounding it, including homophobia, self-acceptance, friendships, and romance. Here are a few starter musicals to get you into the theme.

Avenue Q (2003)
A show about the ups and downs of regular life, Avenue Q features puppets and human actors alike in an homage to the beloved children’s show Sesame Street. All of the characters, both puppet and human, face a variety of real-world issues they must navigate as the show progresses.

Rent (1996)
If you haven’t seen Rent by now, find the nearest production of it, or stream it online STAT. Following a group of “starving artists” in New York’s East Village, Rent explores the ravages of the HIV/AIDs epidemic, as well as interpersonal relationships, drug addiction, and homophobia. There’s a reason it’s one of the longest running shows on Broadway!

Not sure where to look? Here’s a list of a few great plays with LGBTQIA+ themes or characters to start you on your journey.

Stop Kiss (1998)
Told out of chronological order, Stop Kiss follows Sara and Callie, who share a first kiss outside in New York’s West Village. Sara then falls victim to a hate crime and is viciously attacked by a bystander.

God of Vengeance (2003)
God of Vengeance tells the story of Yankl Tshaptshovitsh and his wife, Soreh, who run a brothel in the basement of their home in Poland. They hope to find a pious suitor for their daughter, Rivkele, who instead finds love with a female sex worker her father employs.

The Pride (2008)
Switching between two storylines in 1958 and 2008, The Pride examines changing attitudes to sexuality, with themes that include love, lust, and betrayal.

Bootycandy (2014)
“When the men of a small Prohibition-era town decide to put on a play dressed in ‘fancy-type, women-type clothes,’ the whole community is affected: gender lines blur, eyebrows raise, identities explode, and life and art are forever entangled. A thoughtful and exuberant Midwestern fable about the woman in every man, the man in every woman and the power of theatre to uncover both.” – Playscripts, Inc.

It’s no secret that although we’ve become a more progressive society, many within the LGBTQIA+ community still struggle with self-acceptance due to bullying, harassment, and hate crimes. Pride Month is the perfect time to look into resources within your community, as well as nationally and internationally. A few projects and nonprofits to look into include:

The Trans Lifeline
Trans Lifeline provides trans peer support for the community, run by and for trans people.

National Suicide Prevention Hotline for LGBTQ+
The LGBTQ+ community is diverse and made up of different experiences, identities, and challenges. However, members of the community are disproportionately at-risk for suicide and other mental health struggles. This portion of the NSPH has information and resources for those who identify as a member of the LGBTQ+ community.

National Alliance on Mental Illness LGBTQ Page
The Lesbian, Gay, Bisexual, Transgender, Queer, Questioning, Intersex (LGBTQI*) community represents a diverse range of identities and expressions of gender and sexual orientation. The NAMI offers a variety of resources for those within it.

Whether you’re a member of the community or just an enthusiastic ally, remember to keep things inclusive, fun and theatrical this Pride Month!

Guide to Organizing and Storing Props and Costumes Over the Summer

How to Engage Your Community During the Summer Months

The Benefits of Ticket Scanning