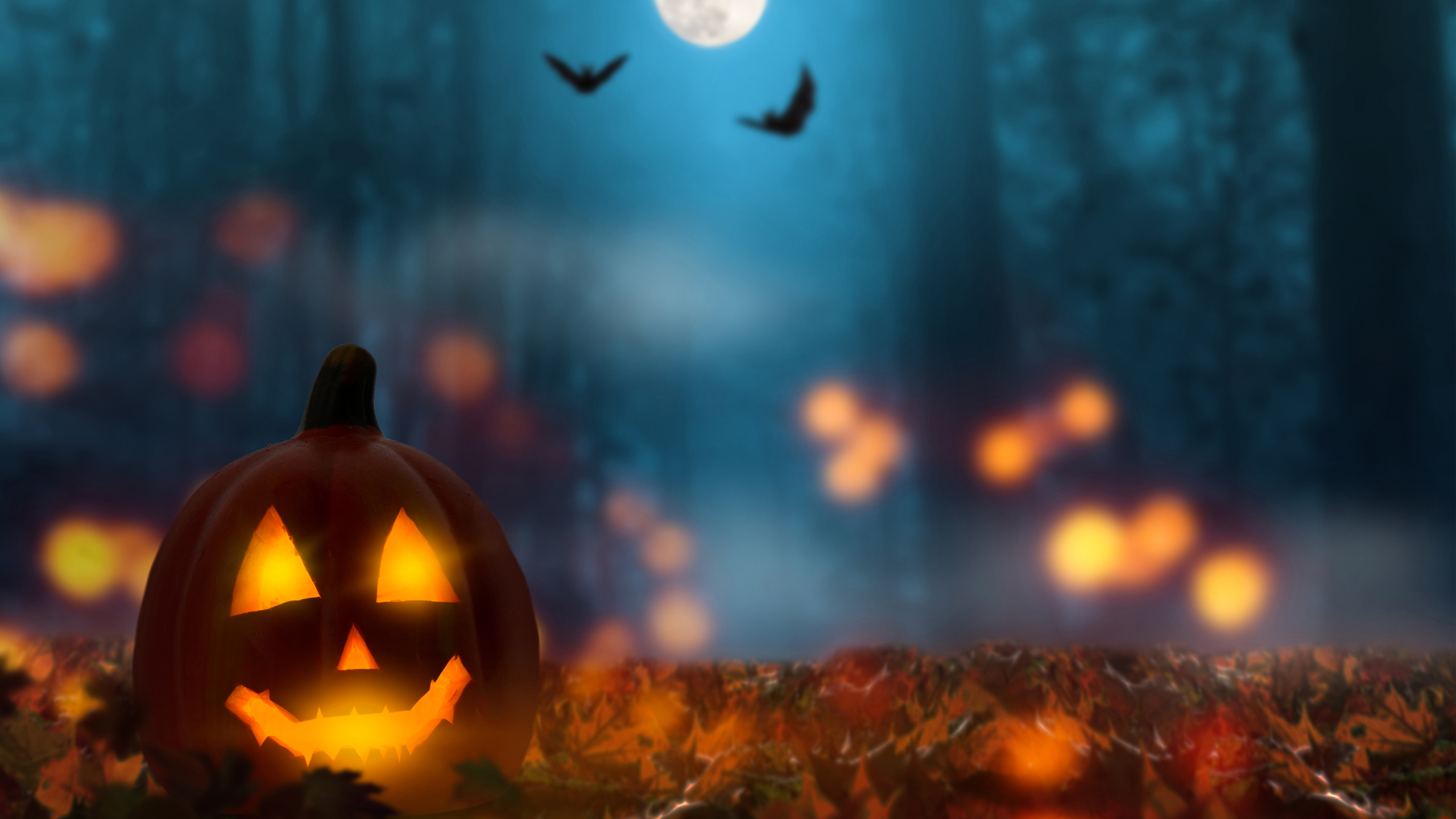 A very happy Halloween season to you all! If you’re on the hunt for a few dynamic improv games to bring a spooky vibe into your classroom or theatre this week, On The Stage can help.

Create a remixed version of an improv classic. Have everyone in your group write down a few quotes, then mix them all together in a bowl. During scenes, each pair must pull a quote out of the bowl and use it organically. The only twist on this one is that all the quotes must be from classic scary movies. Consider adding an extra element by having the audience guess the movie from which the quote originated (after the scene is over, of course).

This one can work well if your group needs a bit of lighthearted fun to loosen up. Start out the scene like normal, with suggestions from the audience about characters, locations, relationships, and conflicts. Instead of an actor calling out ‘freeze’ when they want to tag in, they will come into the scene, ‘attack’ the actor they wish to replace, then replace them. The replaced actor will then lay on the ground until someone yells ‘zombie,’ at which time they can rejoin the scene … only if they act like a zombie the entire time.

Choose one actor in this improv scenario as the ‘host’ of a large gathering. The rest of the group members will then be guests at this party, embodying roles of famous people or characters. In this iteration, have the guests play the role of their favorite horror movie or folktale character – think Michael Myers from the Halloween franchise, Frankenstein, Dracula, Jack Skellington – you name it. The host’s job is to interact with each character and guess who they are. Allow the host to switch every so often so more people have a chance to guess.

Choose one actor to be the narrator in this improv game. Then, participating actors will listen closely as the narrator weaves a tale, then they act it out. Have the narrator focus on spooky Halloween themes or storylines, or encourage participation from the audience with suggestions on settings, characters, or conflicts. This is a great way to keep things low-stakes and low-pressure, as the improv component is less prevalent.

Scary Movie in a Minute

Separate your actors into small groups, then have them choose a scary movie (or even a spooky folktale!) to act out for the rest of the groups. During the first round, the teams will have one minute to act out the plot of their movie. In the second round, they have 30 seconds. In the third, they only have 10 seconds. Give the actors about 10 minutes to prepare the scenes, then let them perform for the other groups. While this is a fun way to get students more comfortable in front of a crowd, this exercise is also educational, in that the students must discern the most important elements of their story’s plot.

Through the Dark, Dark Wood

Get your actors to line up in two lines facing one another, then instruct them to hold up their arms and lock fingers. Then, students must go through the linked arms (in this instance, the dark, dark wood), with specific directions from the other actors as they walk through. Some suggestions for the actors include embodying a hungry vampire, a werewolf, a ghost, or a zombie. Play spooky music in the background to get everyone in the mood!

Place a chair in the middle of your classroom, then tell your actors that every time someone sits in that chair, they gain a magical power. One by one, each actor will take a seat in the chair, then act out the magical power they received from it. (Let each actor choose their power themselves for some improv practice.) These powers can be as silly or complex as you want. Whoever guesses the power the actor received will be the next person to sit in the chair!

Pick two or three actors to start the scene, with suggestions from the audience on location. For this one, consider something Halloween related, like a costume shop. Another actor will be off-stage, playing the role of the employee who will later help – this actor will be named ‘Creepy.’ The two or three actors on-stage will complain to each other about Creepy, making up weird, funny quirks that Creepy possesses. After some description, Creepy will enter the scene, acting out all the hilarious quirks already described.

Have one actor play the role of the fortune teller, and another play the person getting a reading. With suggestions from the other students, the fortune teller will weave a fantastical story about this person’s future, or a particular instance that will happen to them later in life. Then, he or she will bring the fortune to life … allowing more actors to get into the scene and act out “the future.”

With plenty of suggestions in your holster, we hope you have a happy Halloween week, theatre-makers!  If you’re looking for a little extra assistance outside improv suggestions, On The Stage can help you to promote your upcoming shows, sell tickets, engage your audience, and create customized merchandise with an all-in-one technology platform. If you’re ready to elevate your theatre and your patron experience by partnering with us, book a personalized demo today.