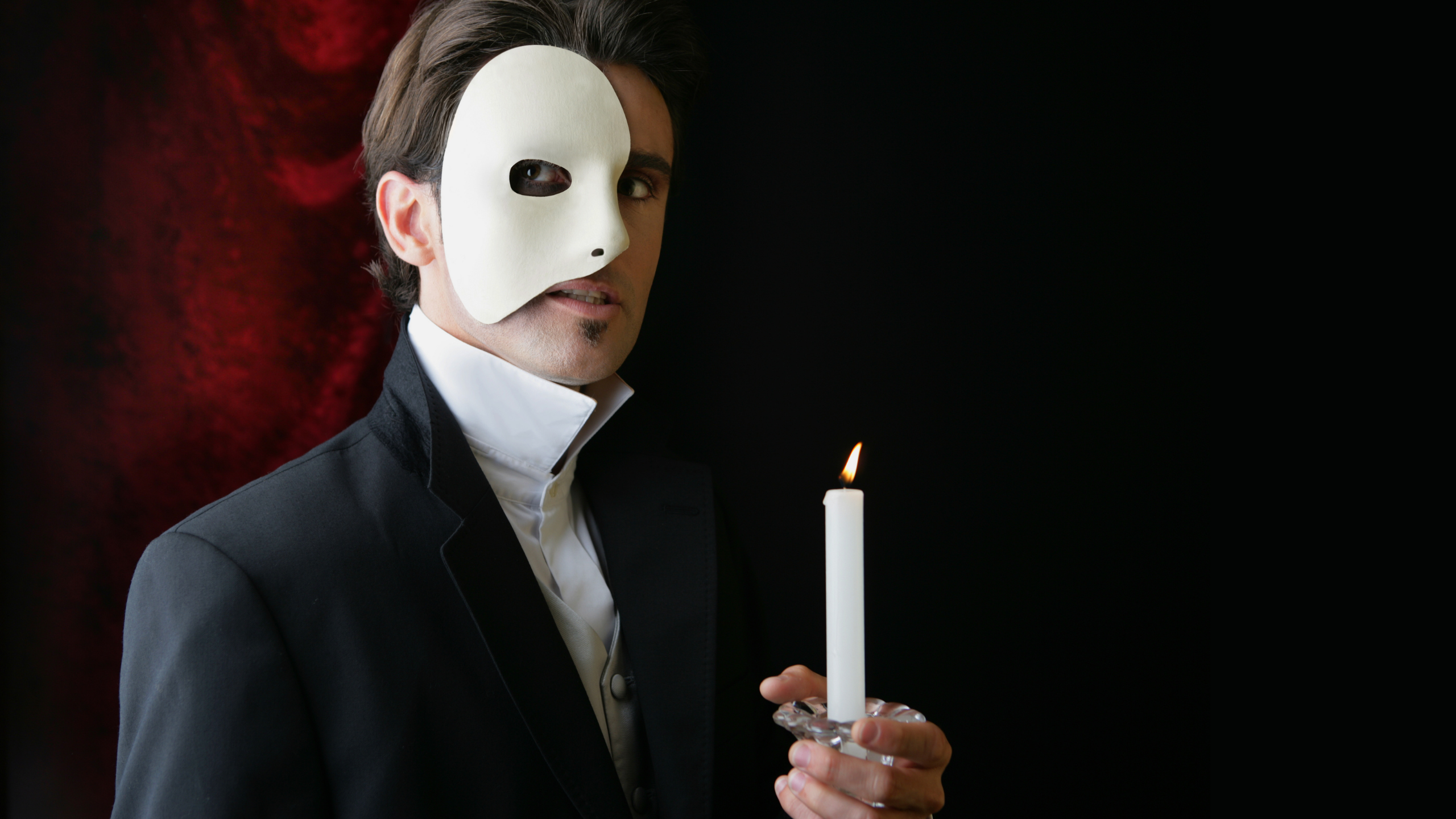 It’s a little hard to believe Halloween season is already over, isn’t it? (In fact, I’m sure you can hear the not-so-distant sound of jingle bells in the distance.) But for those of you that want to keep the Halloween spirit alive a bit longer, we’ve got a few spooky musical suggestions for you!

Based on: Sweeney Todd: The Demon Barber of Fleet Street by Christopher Bond (novel)

Set in Victorian England, Sweeney Todd follows this titular barber as he returns home from fifteen years in exile – all for a crime he did not commit. Todd, determined to get revenge on the corrupt judge who framed him, re-opens his barber shop in the hopes that the man he seeks will come in for a shave … so he can instead slit his throat.

While he waits for the judge, however, Todd has no problem killing his other customers, and having his associate, Mrs. Lovett, bake them into her popular pies. Darkly humorous and heartbreaking all in one, Sweeney Todd is one of composer/lyricist Stephen Sondheim’s most lauded works.

Based on: Carrie by Stephen King (novel)

Set in present-day America, Carrie follows the titular lead as she works her way through adolescence and high school while grappling with telekinetic powers. Carrie, who is viciously bullied at school and suffers from a tumultuous home life, struggles to get by until a few kind classmates reach out to help.

Carrie’s most persistent bully, however, doesn’t enjoy seeing her succeed, and pushes her to her breaking point on prom night. A tale of acceptance, revenge, and redemption, Carrie is a great pick for a spooky night in.

Based on: Beetlejuice by Tim Burton (film)

Betelgeuse (pronounced ‘Beetlejuice’), is a demon, invisible to all living beings … unless he can get one to say his name three times. An opportunity falls into his lap when a couple, Barbara and Adam Maitland, die in their home and want to get rid of its new, living inhabitants – the Deetzes.

Betelgeuse partners up with the ghostly couple to haunt the Deetzes – all with a hidden agenda to free himself of his long-standing banishment.

Music, lyrics and book: Richard O’Brien
Based on: Horror B movies from the 1930s-60s

This iconic musical begins with a squeaky clean, naive couple, Brad Majors and his fiancée, Janet Weiss, as they set off for dinner with an old professor. On the way, the pair gets a flat tire, forcing them to walk to the nearest home for help.

They stumble upon the castle of Dr. Frank ’N’ Furter – a manic, alien scientist from “Transexual, Transylvania,” who quickly involves the couple in his bizarre experiments. Brad, Janet, and several of the Doctor’s cohorts learn about themselves and each other in this wild musical that has become a beacon of counterculture and sexual liberation.

The Phantom of the Opera

Based on: The Phantom of the Opera by Gaston Leroux (novel)

In this classic musical, set in late 1800s Paris, the titular phantom dwells in the underground tunnels of an ornate opera house – shunned from society due to his facial deformities. When the phantom hears the singing of a young, auspicious soprano named Christine, he makes it his mission to turn her into an operatic star.

As Christine’s career grows according to the phantom’s plans, he becomes resentful of the attention she’s receiving – especially from a romantic suitor named Raoul. In his jealous rage, the phantom makes increasingly dangerous threats to the opera house and its inhabitants, leading to dire consequences.

You’ve heard the rhyme: Lizzie Borden took an ax / gave her mother forty whacks / when she saw what she had done / she gave her father forty-one. Diving into the dark mind of Lizzie Borden, Lizzie the Musical explores the potential motivations she had for killing her father and step-mother with an ax – ideas that range from abuse to a loss of inheritance and mental illness.

The musical has a variety of female supporting characters including Lizzie’s sister, Emma, their maid, Bridget, and a neighbor, Alice. Utilizing a punk rock score, Lizzie the Musical offers a snapshot of a legendary moment in American history.

Based on: Strange Case of Dr Jekyll and Mr Hyde by Robert Louis Stevenson (novella)

The musical follows Dr. Jekyll, a talented physician who is working to cure his ailing father of a vicious mental illness. In a bid to separate the “good” and “evil” aspects of a human personality, Dr. Jekyll accidentally creates an alter ego for himself made entirely of pure evil: Mr. Hyde.

This alter-ego, unchecked, goes on a murderous rampage across London. In his moments of lucidity, Dr. Jekyll works frantically to find a cure for his own mental demon – before it takes over for good.

Based on: The Addams Family by Charles Addams (comic strip)

A Halloween classic, this musical follows the kooky Addams Family – whose strange inner workings are much different than an average American family’s. The musical’s plot centers around macabre daughter, Wednesday, as she wades through something truly frightening: her first love.

When Wednesday invites her boyfriend, Lucas, and his family over for dinner at the Addams residence, the two seemingly opposite families must find common ground, while Wednesday’s parents work to overcome their crippling fear of change.

If you’re looking for more inspiration for fall musicals, or want extra help taking your own theatre to the next level, On The Stage can help. Book a personalized demo today.