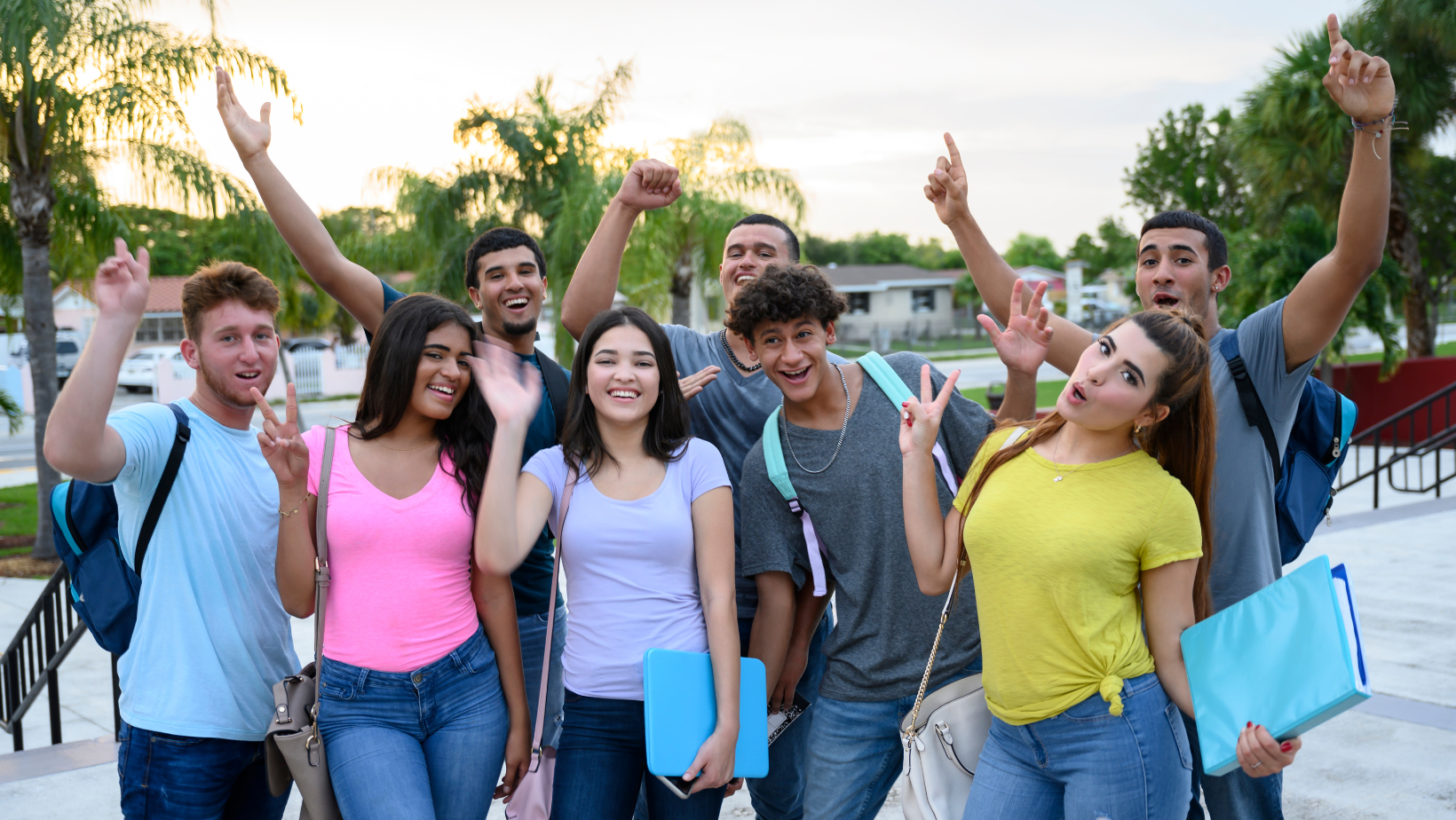 Solid on-stage chemistry, believe it or not, is most often cultivated off-stage. Whether you’re in the starring role, a part of the ensemble, or a member of the integral crew, creating a solid rapport with your fellow creatives leads to a more cohesive, professional, and dynamic performance come showtime.

And, while many of you (psst: introverts!) may roll your eyes at the thought, icebreakers are a great way to loosen up a group, increase communication and familiarity, and break down barriers. Here’s a listing of 25 tried-and-true icebreakers On The Stage suggests, to deploy when your cast and crew first meet or just need some motivation. These will help you create a group that’s energized, engaged, and excited to perform!

Remember: Choose icebreakers that invite self-expression and don’t have “wrong” answers. We’re looking for inclusion, after all!

Get into small groups or a large circle, and have each member of your cast and crew recite two truthful facts about themselves, along with one lie. The rest of the group can work together as a team to sniff out the lie while the person reciting their facts defends or explains them. This one is great for bonding, but also for people to practice their acting and improv chops.

While this one may be intimidating to some, improv is a great way to work out stage fright and create camaraderie with your fellow creatives. The freeze method (where an actor takes another actor’s place by calling out ‘freeze!) is an ideal way to allow members to participate on their terms.

Questions are often an easy way to break the ice. As the leader, come up with absurd, real-life, or fantasy situations and ask your group: What would you do in this situation?

If you’re looking to chill out your group as opposed to hyping them up, consider starting your meetings or rehearsals with a calming meditation or yoga. Centering yourself – and thus, your group members – will create a safe space for all to thrive.

Have each member of your team stand in a circle and come up with a unique movement to associate with their name. Then, starting with one team member, go around the circle to introduce yourselves and perform your movement. Each sequential person must remember every person’s name and movement before theirs.

Get your casts’ hearts pumping with quick relays. Divide members into teams and create races with obstacles, or trivia questions to pass ‘go.’

Another easy question that breaks down walls, sharing one’s most embarrassing moment will surely create fellowship between your group members – especially if two people have a similar story and can commiserate.

Simple, easy to organize, and with clear-cut winners, a rock, paper, scissors tournament will excite your team and keep them energized. If this is their first meeting, have each competitor introduce themselves and name a fun fact before playing each other.

Only for elementary school? We think not! Have cast members bring a sentimental item to rehearsal and give them a minute or two to explain what it is and why it’s special. This will give insight into what makes your team members tick!

Divide your cast into small groups (and make sure to separate close pals or the outgoing leaders) and give each a small topic or a plot to cover. Working together, teams can come up with a small script, later performing for the other groups.

Unity is the name of the game, and putting together a collaborative chant with your cast is a great way for all to feel included. Make it up on rehearsal one, and perform it before you leave each day.

Write a variety of dynamic questions on a beach ball, then have your cast stand in a circle. Begin by passing the ball to a student, and have them answer the question on which their right thumb landed. Then, keep passing and let the game continue until everyone’s answered.

A great one to combine silliness and acting! First, divide your group into two lines that are facing in the same direction – with one line standing behind the other. Give the two members at the end of the lines something to act out (the more ridiculous, the better). They will act it out for the person in front of them, then each person will repeat it down the line. Finally, the person at the front of the line has to guess what the original prompt was.

Guacamole or salsa? Vacation or staycation? Netflix or Hulu? Hot coffee or iced coffee? Passenger or driver? Ask your cast a variety of "this or that" questions and have them stand on opposite sides of the room based on their choices. If you want to make it more dynamic, ask the groups to give their reasoning for a lively debate!

Separate your cast into small groups, gifting each a bag of marshmallows and several toothpicks. Then, give them a set amount of time to create the best possible structure they can with these two items. You choose the winner and the prize! (Free merch, perhaps?)

Write a variety of famous people’s names down on index cards. (Or, go by the characters in your production, if you have enough!) Then, either have your cast place the cards on their foreheads or backs – just make sure each person can’t see their own name. The goal is for the cast members to find out “who they are” by asking their peers questions.

Split your cast into two teams, then assign each a word privately. The team must work together to spell the word with their bodies – with the end goal of the other group correctly guessing the word!

Instruct your cast to get into groups of three. The only catch? Every person in the group must have one thing in common. Make it more difficult by eliminating easily identifiable traits, like hair or eye color, height, etc.

Ask the group: Would you rather fight a horse-sized duck, or 100 duck-sized horses? Is this ridiculous? Yes. Will it stir up passion and debate? Absolutely!

Have your cast sit in a circle, and pick one person to start – they’ll begin by saying a simple, “Ha!” Each subsequent person will add another “ha” to the expression. As the game progresses, you’ll eliminate those who laugh or make any noise before it’s their turn.

Another great question to ask: If you could go to dinner with anyone, dead or alive, who would it be? The beauty of this one is that answers will range from historical and religious figures to Kim Kardashian … and everyone in between.

With this exercise, you’ll all sit in a circle and craft a story – one word at a time. Try to be as ridiculous and silly as possible, building it up as long as you can!

Have each group member write three statements about themselves on a card. As the leader, you’ll then gather the cards and pass them out at random. Watch as your cast connects as they try to find to whom their card belongs.

A little like speed dating? Sure – but the concept still works! Have your group split up into groups of two, then set a timer for two minutes. Cast members can connect quickly before time runs out and they move on to the next person for another conversation.

Now that we’ve given you ample examples, try these icebreakers out on your cast – they’ll surely be fast friends in no time.