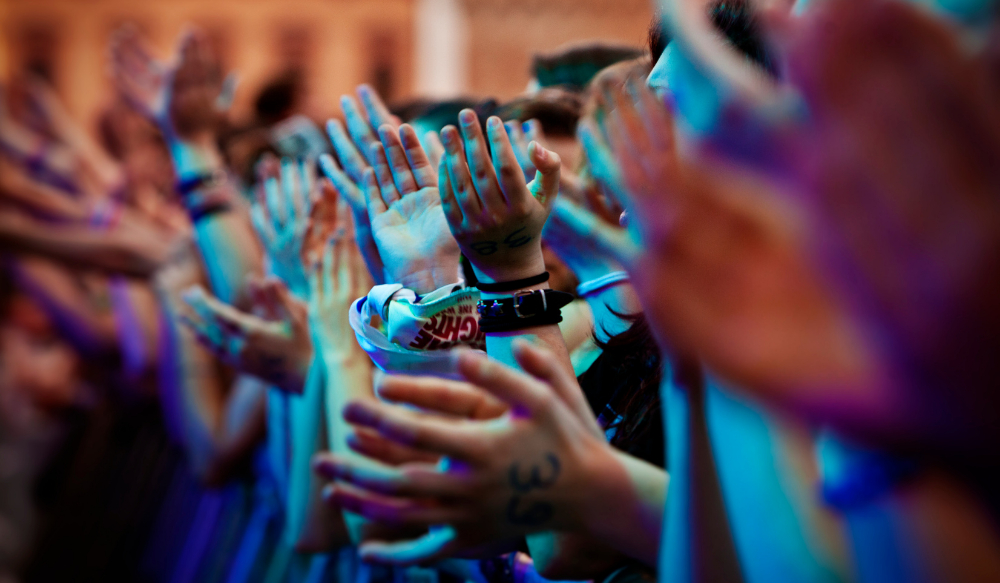 If you're like most theatre educators right now, you're probably relying a whole lot on your improv skills while managing the uncertainty of teaching in the time of coronavirus. Will you be able to mount a show this term? What if circumstances change while you're in the middle of production? Do you have the resources to pull off a virtual or live streamed performance? And what material can you even work for online theatre streaming?

Whatever production format you end choosing (or having chosen for you), these 10 plays and musicals are sure to please. Better yet, they're all available for licensing from Stage Rights and perfect for virtual or streamed stage production on On The Stage's all-in-one theatre streaming platform.

Night of the Living Dead

Other Details: One hour run time. Licensing offered at a discount when paired with Plan 9 From Outer Space.

Synopsis: Run! Hide! Lock the doors! After a NASA probe contaminated with mysterious radiation crashes to Earth, the recently deceased begin to rise again, and boy are they hungry! They may be out to eat the living, but these walking dead are rampant with wit and sarcasm­— certainly a breed above your garden-variety undead. Based on the cult classic film by George A. Romero, this zombie-thon is a delightfully skewed send-up of one of the most beloved science fiction genres of all time. This fast-paced comedy is packed to the (plan) nines with contagious humor— you’ll laugh yourself to death over these horrifically and hysterically misunderstood flesh-eating monsters. Dedicated to the zombie in all of us.

Recommendation: A top pick for school theatre because of the play's campy, humorous approach to the ever-popular zombie genre. Not your typical, gory fare! 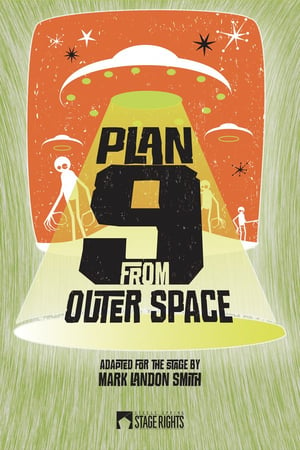 Other Details: 65-minute run time. Licensing offered at a discount when paired with Night of the Living Dead.

Synopsis: This is it! The stage adaptation of Ed Wood's Plan 9 From Outer Space, considered by many to be the worst movie ever made! Packing B-Movie thrills into 65 hair-raising minutes, the story goes something like this: visiting space soldiers use a magic-electro-space-ray-gun to resurrect a recently deceased (and perfectly ghoulish) human couple, putting ‘Plan 9’ into action. The aliens must stop mankind from developing ‘Solaramite,’ a substance that could set off a chain reaction of cosmic explosions that would destroy the entire universe. With ‘Plan 9’ activated, the space aliens step up the action. Flying saucers invade! Hollywood reacts! The Pentagon responds! Even Colonel Sanders tries to stop the aliens and, well, this was absolutely the worst movie ever made.

Recommendation: A great send up of classic B-movie tropes that will have everyone laughing.

Synopsis: Mowgli’s search for home takes the spotlight in this new imagining of Rudyard Kipling’s classic tale. In this living storybook, Mowgli struggles to fit in with the wolves, the monkeys, and even the humans on his journey to discover where he belongs. Along the way, he must contend with the mesmerizing Kaa and the terrifying Sheer Khan, but with the help of his friends Baloo and Bagheera, Mowgli’s search ends happily. Masks, puppets, and contemporary elements like a trip to the Starbucks in the cell-phone-obsessed city make this new adaptation of The Jungle Book a unique and delightful one.

Recommendation: A fun update to Kipling's classic, exploring themes of family and class, complete with contemporary references that students and audience alike will love. 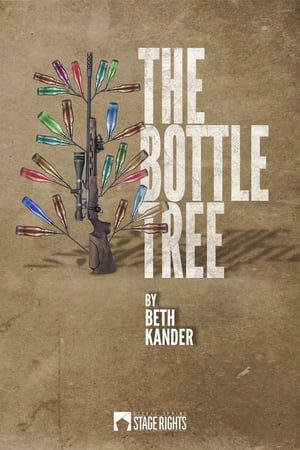 Synopsis: Five years after a school shooting, Alley, the struggling, smart-mouthed teenage sister of the shooter, wrestles with forgiveness, moving forward, and the lingering questions left in the wake of her brother’s crime. Another decade later, as an adult, finding satisfying answers proves no easier. Will she ever find an opportunity for hope and healing, or will the ghosts of her past forever haunt her?

Recommendation: The Bottle Tree provides a heartfelt and dramatic look at a topical issue. Speaks with sensitivity and humor to the complexities facing students today. 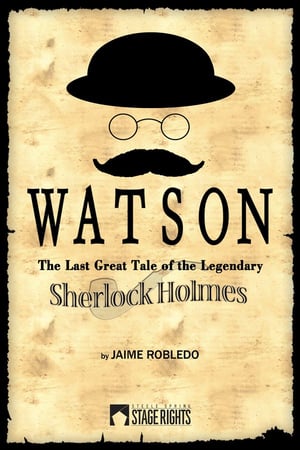 Other Details: This is the first play in the WATSON series. 1 hr 45 min run time. "Clean" version also available.

Recommendation: High on comedy, but with all the mystery and drama fans expect from the world's most famous sleuth, Watson makes for an interesting pick because it showcases one of literature's most famous friendship from a whole new perspective. 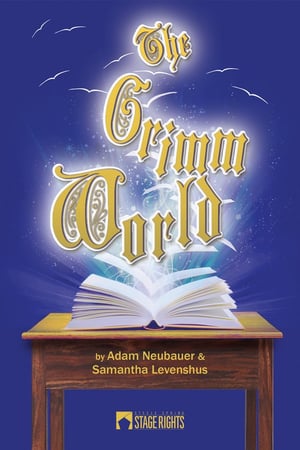 Synopsis: Enter the familiar world of “Once Upon a Time,” as a chipper minstrel takes you (and a small, curious boy) on a journey of epic proportions. In a magical forest we find the characters from the Grimms' tales: Hansel & Gretel, Snow White, Cinderella, and The Frog Prince all working their way toward their own happy endings. Along the journey, their tales collide at a breakneck pace, keeping these age-old stories feeling fresh for the 21st century. Devilishly funny and brimming with wit,The Grimm World is family-friendly entertainment that promises to bring out the kid in everyone. 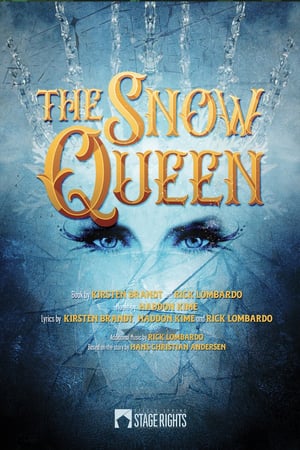 Synopsis: Be spirited away by this new musical adaptation of Hans Christian Andersen’s fantastical coming-of-age adventure that inspired the hit Disney movie Frozen. Join Gerda on a dangerous and whimsical quest to save her best friend Kai before he is trapped forever in the Snow Queen’s palace. Dare to enter a world where flowers sing, animals talk, and riddles yearn to be solved. With an original pop-rock score, alluring ballads, urban steampunk flair, and the enigmatic Snow Queen, you'll soon see this is not your average bedtime story.

Winner of the 2014 Stage Rights/NYMF Publishing Award, a program of The New York Musical Theatre Festival.

Recommendation: In this award-winning musical adaptation, a familiar and beloved tale is re-envisioned as a compelling coming of age story.

The Importance of Being Earnest 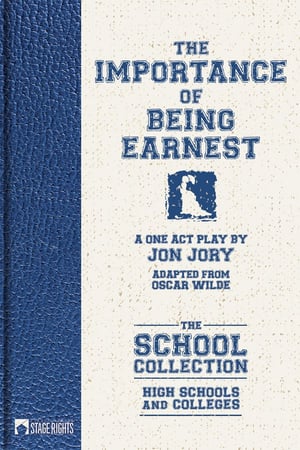 Other Details: 30-minute run time. One-act adaptation of the literary classic of the same name.

Synopsis: When two friends, both with alter egos named "Ernest," attempt to woo women who claim to only love men named Ernest, what follows is a hilarious satire full of deception, byzantine plots, and confused identities. The Importance of Being Earnest, quite possibly the most popular English stage comedy of all time, has been given a fresh new one-act adaptation for schools that expands opportunities for actresses.

Recommendation: Offers an updated take on the beloved classic play in a one act format, perfect for high-schools, especially those looking for expanded roles for actresses.

The Legend of Sleepy Hollow 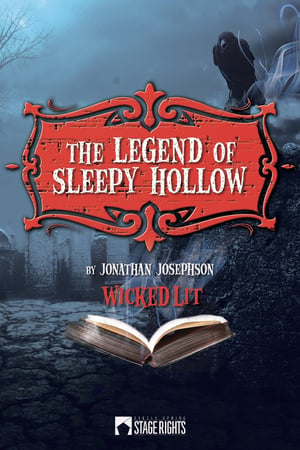 Playwright: Jonathan Josephson, adapted from the novella by Washington Irving

Synopsis: Washington Irving’s iconic tale of the Headless Horseman of Sleepy Hollow comes to life in this lyrical and literary reimaging of the classic story! Follow the affable schoolteacher Ichabod Crane as he endeavors to conquer his own fears and self-doubt in order to win the heart of the coquettish Katrina Van Tassel. Along the way, he’ll battle snot-nosed schoolboys, Brom Bones—the self-absorbed, self-proclaimed hero of the realm—and of course, the dominant specter of the land: the Headless Horseman.

Recommendation: A fun and spooky one-act adaptation of the classic tale of horror that has been terrifying audiences for more than a century. Perfect for a Halloween program or as part of a themed series of short works.

Cast Size: 4F (Flexible) Other cast members may be added for authenticity

Synopsis: This smash Off-Broadway hit takes you to the 1958 Springfield High School prom, where we meet Betty Jean, Cindy Lou, Missy, and Suzy: four girls with hopes and dreams as big as their crinoline skirts! As we learn about their lives and loves, the girls serenade us with classic ‘50s hits including “Lollipop,” “Dream Lover,” “Stupid Cupid,” and “Lipstick on Your Collar.”  In Act II, the Wonderettes reunite to take the stage and perform at their ten-year reunion. We learn about the highs and lows the girls have experienced in the past decade and are charmed to find that no matter what life throws their way, they will conquer it together. Featuring over 30 classic ’50s and ’60s hits, The Marvelous Wonderettes will keep you smiling in this must-take musical trip down memory lane!.

Recommendation: While musicals present technical challenges for virtual production, this show is ideal for streaming a traditionally staged performance to remote audiences.